The New Ep from

It’s never been easier to make a record. In fact, with the number of technological advancements available, you can even produce a song on your computer or your tablet without actually playing any instruments.

Which means that it’s never been more difficult to unearth an authentic sound.

LOVESUCKER has beaten the trend. With their new EP, “The Harlot’s Jubilee,” the duo of Crystal Crosby and Zoltan Von Bury have created five cuts, each distinctive in their own way. And taken as a whole, the EP – due out in January 2016 – gives its listeners nothing but raw, organic honesty, while driving home its signature blues funk and Southern Gothic that have brought the band a growing number of loyal fans.

Their path to “The Harlot’s Jubilee” started in Athens, Georgia, more than a year ago. And their creative journey brought them spiritually to Memphis.

LOVESUCKER was playing a gig in Athens just as it usually did – Crosby on vocals and Von Bury on guitar. They had a kick drum on stage, mostly as a prop, and the band was backed by pre-recorded tracks.

But the backing tracks failed during the second song and LOVESUCKER played the rest of the set with bare bones.

"We've always worked out the initial ideas to all of our songs with just the kick drum and guitar, laying down the basic, no-frills parts of the song, so we just reverted back to the basics and saved our show,” Von Bury said. “It also changed the way we would continue to perform from that day to this.”

The audience that night responded more than favorably. "This is what the people were resonating with,” Crosby said. “Everything we thought was enhancing our sound was actually distracting the listener. We simplified our approach, and the result was ‘all killer, no filler.’”

When it came time to record, the band wondered what would happen if it laid down tracks in a stripped-down, old-school way, like the classic recordings at Sun Studio in Memphis in the 1950s – Elvis, Carl Perkins, Johnny Cash, Jerry Lee Lewis. They were looking for a sound essential to LOVESUCKER’s roots – timeless rhythms and delivery with a modern pulse.

The band enlisted veteran producer Jamie Hoover, who had worked in a number of capacities with Don Dixon, Antiseen, The Smithereens, Graham Parker, Hootie and the Blowfish and countless other acts.

"We have always known Jamie was a master in the studio and has produced and engineered hundreds and hundreds of recordings,” Von Bury said. “We knew he would get this idea."

With Old House owner and engineer Chris Garges, Hoover was able to dial the room in just right. “Jamie told us to record in the same room, just a few feet from each other, just like on stage,” Crosby said. “And no headphones, just like on stage.”

And Hoover gave them no luxuries, limiting them to only one take per song, which produced the same honesty on each track that the band brings to the live stage.

It takes a great deal of courage to record this way, to trust that the sound you brought to the studio is just as honest and powerful as the sound you deliver each night to the stage in front of live audiences.

Things open with a soulful cover of Mississippi Fred McDowell’s “You Gotta Move,” a Delta blues tune with a spare arrangement that gets down and dirty with a modern delivery.

The EP gets heads bobbing and feet moving with “We Don’t Lay Down,” a Delta blues infused rock track that features Crosby delivering lyrics in a way that only she can – bringing them to life in a raw, genuine way that makes your heart beat along with the song’s rhythms, brought to life with Von Bury’s signature licks on his Gretsch White Falcon.

“Wish You Could” is a hard-driving track that talks about love, jealousy and bad choices with perhaps the best lyric of the bunch –- “Karma drowns to save herself.”

The record ends with “If You Want Love,” a cut that makes you feel just like a nocturnal struggle with love’s heartaches at 3 a.m. With lyrics like, “If you to push on through, well the gods give me you, love wins...” And, “If you want to move child, from deep inside but more just ain’t enough...”

“By recording this EP in this way, we have managed to keep it free of any alternative trappings or sign of the times nuances, creating something a bit more timeless that will hold up in years to come,” Crosby said.

Kris Kristofferson once wrote, “Ain’t nothin’ sweeter than naked emotion.” In that regard, LOVESUCKER’S “The Harlot’s Jubilee” delivers as much as you can handle.

About The Harlot's Jubilee

Featuring the new single "WISH YOU COULD"

Feb.16, 2016 will be the official release date for The Harlot's Jubilee. Available at CD BABY!!! 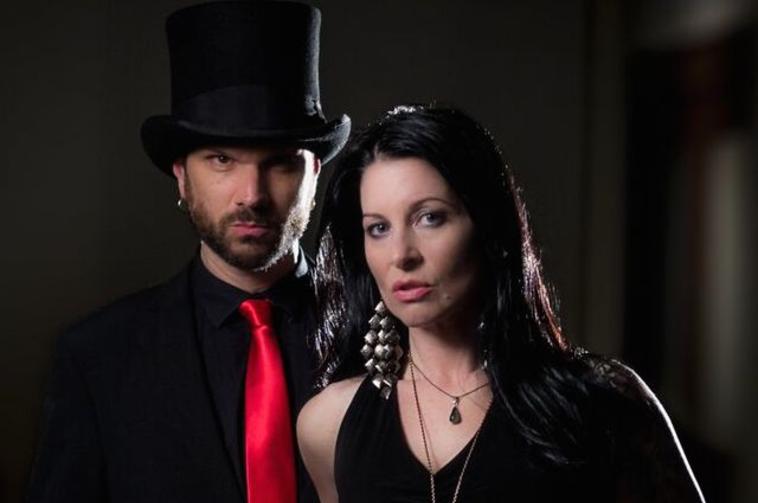 Check out the video for YOU GOTTA MOVE!! This track will be featured on The Harlot's Jubilee.

Scroll down for bio and videos